After a DUI arrest, one of the first questions people ask is “What are the possible punishments?” The answer to this question depends on how the DUI was charged. Florida law has at least 15 different types of DUI charges.

Criminal penalties for DUI vary depending on factors such as the number of prior convictions, how much time has passed between convictions, the offender’s blood or breath-alcohol concentration (BAC), whether a child passenger was present, and whether a crash resulted in property damage, injury or death.

Click here to read more about our Recent Case Results in DUI Cases.

If you are convicted of DUI then the court must impose the minimum mandatory punishments (although the court can impose additional penalties up to the statutory maximum). Serving jail time is not very likely for a first DUI or even a second DUI outside of five years, especially if no other aggravating factors are present.

The only way to avoid the minimum mandatory penalties is to have the charges reduced to a non-DUI offense such as reckless driving, by getting the judge to dismiss the charges completely during a motion hearing, or by obtaining a “not guilty” verdict at trial.

If your case goes to trial, the jury will determine whether you are “guilty” or “not guilty,” but only the court will decide the penalties and punishments. In fact, the jury typically doesn’t hear anything about any possible penalty or jail time the Court might impose. See Florida Rule of Criminal Procedure 3.390(a); Coleman v. State, 484 So.2d 624 (Fla. 1st DCA 1986).

Contact a DUI defense lawyer at the Sammis Law Firm in Tampa, FL, to discuss the possible criminal penalties, sanctions, and punishments that you are facing under the particular facts of your case for any DUI arrest in Hillsborough County. We represent clients at the courthouse in Tampa and Plant City, FL.

Whether you are charged with a first DUI or a second or subsequent offense, we can help. Our DUI defense attorneys are experienced fighting the breath test, blood test, or urine test. We are also experienced in fighting drunk driving cases involving a refusal to submit to chemical testing.

Our main office is in downtown Tampa in Hillsborough County, FL. Our attorneys also fight drunk and impaired driving charges in New Port Richey in Pasco County, FL. Our second offices is located at 7509 Little Road across from the courthouse at the West Pasco Judicial Center.

This Florida DUI penalties charge provides a summary of the statutory maximum and minimum penalties that might apply in your case. The penalties depend not just on the number and timing of prior convictions, if any, but also on other factors such as whether the BAC was .05 or higher, whether a child was in the vehicle, or whether a crash occurred causing serious or non-serious personal injury or property damage.

* Enhanced penalties apply if the BAC was .15 or above or a child passenger was in the vehicle.

* DUI property damage is a first-degree misdemeanor with up to 12 months in jail and a fine of up to $1,000.

Many judges have their own “standard sanctions” which are slightly higher than the minimum mandatory requirements. The court can impose a sentence up to the statutory maximum penalty allowed by the statute. The information provided here about possible punishments is a general overview of Florida’s DUI laws.

Will the Court Know About the Prior DUI Conviction?

Many clients ask us whether the court will know about any of their prior DUI convictions, particularly for a DUI conviction that occurred out of state and doesn’t appear on the Florida driving record. Does the defendant or their defense attorney have to tell the court about the prior convictions?

If the prior DUI does not appear on your driving record, then the prosecutor must obtain a certified copy of the judgment and sentence to show proof to the court that the prior conviction occurred.

Even if the court doesn’t treat the DUI like a second in five years, a third in ten years, or a fourth in a lifetime, the DHSMV might still impose the driver’s license revocation that would apply if the prior convictions later appear on the driving record.

Sometimes people say, “the court only treated the DUI like a first conviction, but now the DHSMV is treating the DUI like a second in five (with a five-year revocation) because the DHSMV just added an out of state DUI conviction to the driving record.”

Sometimes things that you do might cause the DHSMV to find out about the prior DUI and to contact that state to get the records needed to add that old and out of state DUI conviction to your Florida driver’s license.

For example, don’t apply for a hardship license if you are not eligible. Your attorney can help you decide the best way to resolve issues at the DHSMV in order to minimize the chance that they will seek out information on other out of state convictions.

Besides the enhanced penalties for a second or subsequent DUI conviction, DUI cases can also be classified according to the damages caused by the driver being under the influence such as DUI with property damage.

Other offenses can be punished more severely because a minor child is in the vehicle when the driver is DUI or because the driver had a blood or breath alcohol concentration (BAC over .15).

Drivers who are under the age 21 when the DUI offense occurs also face enhanced penalties under Florida’s zero-tolerance policy that sets a breath and blood alcohol concentration (BAC) level of 0.02 for purposes of the administrative suspension.

Penalties are also enhanced for felony DUI offenses such as:

How likely is jail time for a first DUI? In Florida, jail time is not likely for a first DUI especially if no aggravating factors are found. Pre-trial negotiates almost always result in a plea bargain offer that doesn’t involve any additional jail time (beyond the eight (8) hours you served after the arrest). Jail time is also unlikely for a second DUI outside of five years of any prior, especially if the case is resolved prior to trial.

Under Florida law, the Court may allow the time an individual spends in a residential drug abuse treatment center or alcoholism program to be credited toward the term of imprisonment or jail time as provided in Florida Statutes Section 316.193(2)(a), 2, 4(b), (6)(j).

Pursuant to Florida Statute Section 316.193(2)(a) through (b), the following fines can be imposed after a DUI conviction.

When you are arrested, the officer can take your driver’s license if you blew over the legal limit of .08 or if you refused to submit to a chemical test.

The length of this administrative suspension will vary from 6 months to 18 months depending on the number of times your license has previously been administratively suspended, and whether those prior incidents were for blowing over the legal limit or refusing to submit.

The hard suspension refers to the period of time that you are not eligible for a hardship license. The hard suspension period can vary from 30 days for a first DUI involving a breath test to 18 months if you are accused of a second refusal to submit to testing.

Probation after a DUI Conviction

After a DUI conviction in Hillsborough County, FL, the Court is required to impose a period of monthly reporting probation of not less than 6 months or more than 12 months. Once all special conditions are met, the Court can consider terminating the probation early.

Vehicle Impoundment or Immobilization after a DUI Conviction

For some DUI convictions in Hillsborough County, FL, the Court is required to impose a period of vehicle impoundment or immobilization including when the BAC is over .15 when a child passenger was in the vehicle, or because of a prior conviction.

Florida law allows the judge to waive that requirement if it can be shown that immobilizing the vehicle would present a hardship to another household or family member who needs to use the vehicle.

DUI Penalties in Florida – Visit the website for the Department of Highway Safety and Motor Vehicles (DHSMV) to learn more about Florida DUI laws that apply in the courtroom after a conviction and the rules for an administrative suspension after a DUI arrest. Find links for the complete statutory language in section 316.193, Florida Statutes. Find the rules for obtaining a Business or Employment Hardship Reinstatement.

Call a Tampa DUI Lawyer at the Sammis Law Firm to discuss the particular facts and circumstances of your case in Tampa, Hillsborough County, Florida. Our main office is located in downtown Tampa, just a few blocks from the courthouse. Our second office is located in New Port Richey, FL, in Pasco County, across from the West Pasco Judicial Center.

Find out what important defenses might apply to your case. We understand the penalties that apply to a DUI case depending on the way the charges are filed. We are experienced with fighting a variety of DUI charges involving a breath test, blood test, urine test, or refusal to submit to testing. For a first DUI or a second or subsequent offense, we can help.

DUI cases are unique because judges are prohibited from accepting a plea of guilty to a lesser-included offense, pursuant to section 316.656, Florida Statutes. The courts are even prohibited from withholding adjudication in DUI cases or from reducing a DUI charge if the defendant’s blood alcohol was .15 or greater.

Contact us to find out ways around these sentencing problems including the RIDR DUI diversion program in Hillsborough County, FL. Call 813-250-0500 to schedule a consultation today. 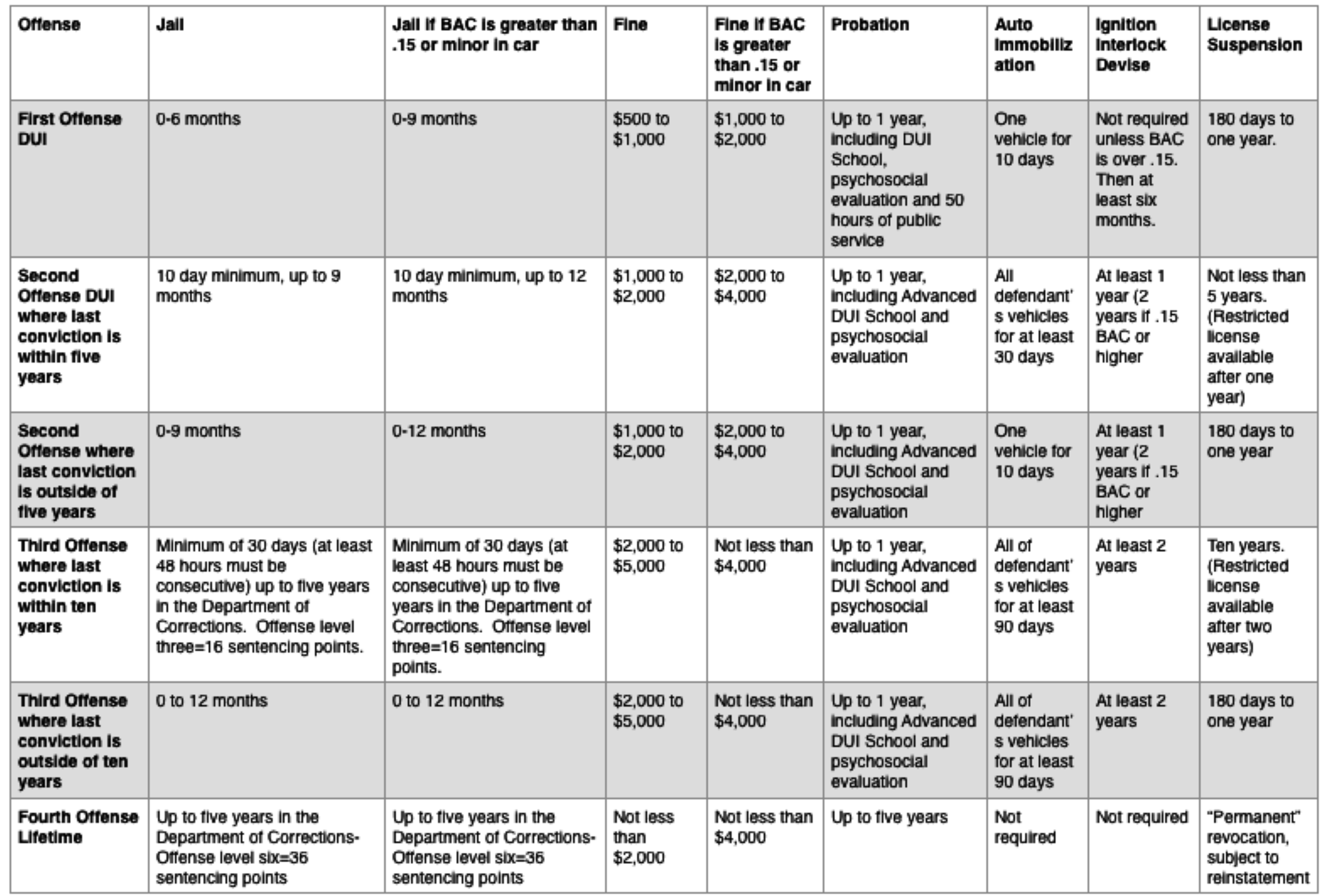