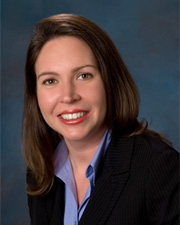 Leslie Sammis graduated with Honors from the University of Florida College of Law in Gainesville, FL, in 1999. For the past seventeen years, Ms. Sammis has devoted her career to defending individuals charged with DUI and other serious criminal offenses.

As a member of the Hillsborough County Bar Association, the Florida Association of Criminal Defense Lawyers (FACDL), the National Association of Criminal Defense Lawyers (NACDL), the NORML Legal Committee and the National College of DUI Defense (NCDD), Ms. Sammis is able to stay current on the most recent changes to Florida law that can effect criminal cases in general and DUI cases in particular.

Leslie Sammis is admitted to practice law in the State of Florida and the State of Georgia, the Eleventh Circuit Court of Appeals, and the United States District Court for the Middle District of Florida.

After completing her undergraduate degree from the University of Oklahoma in 1996, Ms. Sammis completed her first year of law school at Stetson University College of Law in St. Petersburg, Florida. While at the Stetson University College of Law, Ms. Sammis competed as the only first year student on Stetson’s Trial Team winning second place overall in the 1997 National Association of Trial Lawyers (ATLA) Competition in Denver, Colorado.

After leaving the public defender’s office more than ten years ago, Ms. Sammis entered private practice and continued to focus on defending men and women charged with DUI and other serious driving offenses. Ms. Sammis is able to provide aggressive and experienced legal representation to each of her clients charged DUI criminal offenses in the Tampa Bay area.